Review: Happy Birthday to Me by Brian Rowe

“Seventeen-year-old Cameron Martin has a huge problem: he’s aging a whole year of his life with each passing day. High school is hard enough; imagine rapidly aging from seventeen to seventy in a matter of weeks, with no logical explanation, and with prom, graduation, and the state championship basketball game on the horizon. That’s what happens to Cameron, a mischievous pretty boy who has never had to face a day looking anything but perfect.It starts with a slowing metabolism, followed by gray hair, wrinkles, and a painful back. Within days his girlfriend dumps him, his plastic surgeon father forces him to get a facelift, and his terrifying high school develops a crush on him. All he wants to do is go back to normal, but no one, not even the best doctors, can diagnose his condition.Now will he cope? Will he even survive? He’s faced with the greatest challenge of his life, and there’s no way of knowing if he’ll live to see graduation, or even the next day!”

Seventeen year old Cameron Martin is your typical popular high school guy; the great looking star athlete dating the hottest girl in school, Charisma, with the richest dad in Reno.  And like most guys his own age, he really wants to have sex with his girlfriend.  The thing is, Charisma won’t have sex with him until he becomes a man and by her definition, can grow a full beard.  Also much like other teenagers, Cameron likes to see how much he can get away with and does so by going to restaurants and telling them it’s his birthday so that he can get free dessert.  He would love it if his birthday really was every day.  Magically enough a week later Cameron wakes up to a full beard on his once baby smooth face but that’s not all he woke up to.  His beard was topped off with a inner tube of fat formed around his waist.  Something is seriously wrong, he is aging more rapidly that he should be and at this rate he might not make it to graduation.  Happy Birthday to Me is a interesting take on life’s hard lessons and morals and how we should all be careful what we wish for and how we treat other people.  If not karma might bite you in the ass.

I rate this book a:

Something I really like about the way this book is written is that the chapters go by Cameron’s age which works really well considering the content.  I also like that the story was pretty unique in itself and has a really good message behind it.  Even though Happy Birthday to Me is quite long at over 600 pages, the book really flies by and I had it read in only a few days.  I thought that the story was going to be more humorous but and although some parts were I found it to be a little on the sad side and felt really bad for the main character.
Brian Rowe studied English and Film at Loyola Marymount University.  His work has appeared in The Absent Willow Review, Mobius Magazine, and Wild Oat Magazine.  He likes works such as Fahrenheit 451 (no judgment).  He now lives in Cameron’s very own home town of Reno, Nevada.   To learn more about Brian, visit his Facebook.
Stay tuned next week for the sequel!!

Posted by Jordan Butcher at 7:30 AM

I'm looking forward to this one, it's on my list for next week! Glad to know the story flies by:)

Hey Jenny,
M seemed to enjoy it alright from everything she told me, I didn't personally read this book. I can't wait to hear what you thought! M's going to review the second one next week and we're going to try and have an interview with Brian Rowe next week as well! 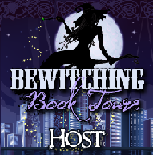 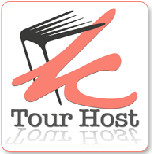 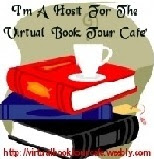